Onet x Fabrice Amedeo : ever more commitment to the preservation of the oceans

Strongly committed to the preservation of the oceans, skipper Fabrice Amedeo works both at sea and on land. Onet, as a partner in its scientific and educational project, is very proud to support its commitments at the dawn of the Route du Rhum.

Fabrice Amedeo takes the start of the race with two new features on board: the first, a recycled plastic sail made especially for an Imoca and the second, the installation of a new eDNA sensor.

Two innovations that will reduce the environmental impact of its sports project as much as possible and map marine biodiversity. A recycled sailcloth for the start of the Route du Rhum 2022 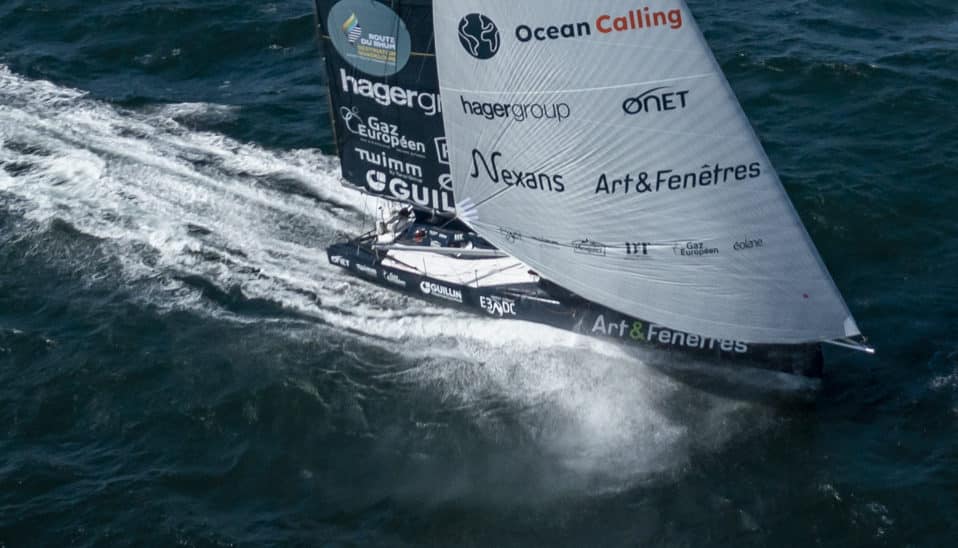 A recycled sailcloth and an eDNA sensor for the start of the Route du Rhum 2022: Fabrice Amedeo’s new commitment

In order to limit the carbon footprint as much as possible in his sporting project and in order to sail in total harmony with his commitments, Fabrice Amedeo will start the Route du Rhum 2022 with a 180m2 sail, specially designed for downwind conditions. made of recycled plastics.

A world first for the IMOCA of our navigator who is determined to go ever further in his commitment to safeguarding biodiversity and the health of the oceans.

The skipper had already equipped his boat with two solar panels and a wind turbine to produce as much renewable energy as possible.

Fabrice Amedeo multiplies the initiatives by installing on board a new eDNA sensor capable of measuring the impacts of climate change on marine biodiversity and evaluating migration or the appearance of new species: a world first.

“Environmental DNA is all the DNA that is constantly released by organisms into their natural environment through excretions (mucus, larvae) and secretions (faeces or urine). We are now able to filter 1L of seawater and obtain quickly and at a reasonable price an accurate biological map of all the organisms present in this environment, from viruses to whales. This approach is revolutionary because it makes it possible to identify the presence or absence of rare or endangered species, but also to detect invasive species and other pathogens. Taking an inventory of living things makes it possible to measure the health of our oceans in almost real time and therefore to understand their dynamics due to climate change,” explains Xavier Pochon, researcher specializing in molecular monitoring and associate professor in marine biology at the university of Auckland.

This umpteenth effort to create a balance between sporting performance, energy sobriety and a civic approach can only make us proud of the Onet x Fabrice Amedeo partnership.

A feeling shared by the Group’s employees and customers who have benefited from numerous activations since the start of the partnership, in particular during the start of the Transat Jacques Vabre in 2021 and soon during the start of the Route du Rhum where many highlights are planned. Competition, access to the village and the pontoon, explanatory visit to the Imoca where the sensors financed by Onet are visible, meeting with Fabrice Amedeo and his technical teams…

The day before the start of the Arctic Vendée Les Sables d’Olonne, the most committed employees also wanted to clean the skipper’s boat before his departure.

Fabrice Amedeo, with the support of the Onet group, is developing a scientific project by installing  oceanographic sensors on board his boat. The Imoca, during the various races, measures the salinity , the CO2 content , the level of microplastics as well as the surface temperature of the oceans on its way.

The data collected is then communicated by the scientific partners of the project: UNESCO , OceanOPS , IFREMER , GEOMAR and the Max Planck Institute , before being made available to the international scientific community in " open data " via the database . of SOCAT data .

All these indicators are essential to better understand the evolution of the climate.

On the occasion of the release of the educational booklet "  Cetacean, the Ocean drinks the cup  " resource tool for teachers and parents for children from CM1 to 5 th . Fabrice Amedeo, at the initiative of the book, came to present it in 7 classes of children of employees to make them aware of the preservation of the oceans .

Onet x Fabrice Amedeo joins the initiative of the Cercle des Nageurs de Marseille during the cleaning of the Baie des Catalans . An annual event on which the Onet group mobilizes its employees at the local level to carry out a collective initiative for the environment.

This is the beginning of the land actions for our navigator who will duplicate the operation with our collaborators from the West-Atlantic regional office on the beach of Paracou during the departure of the Arctic Vendée from Les Sables d'Olonne.

Fabrice Amedeo wishes to give ever greater scope to his ambitious and collective project.

With the creation of the #OceanCalling endowment fund , Emilie de Lombarès, President of the Executive Board Onet is committed to the patrons committee to go further in sharing our values.

On this occasion, the sailor announced live from the headquarters of the Onet group during a phygital press conference the results of the first analyzes from the samples taken during the Vendée Globe 2019 - 2022 .

These results showed that the surface waters of the Atlantic Ocean are twice as polluted by cellulose fibers than by microplastics.

All sails out, heading for the Route du Rhum 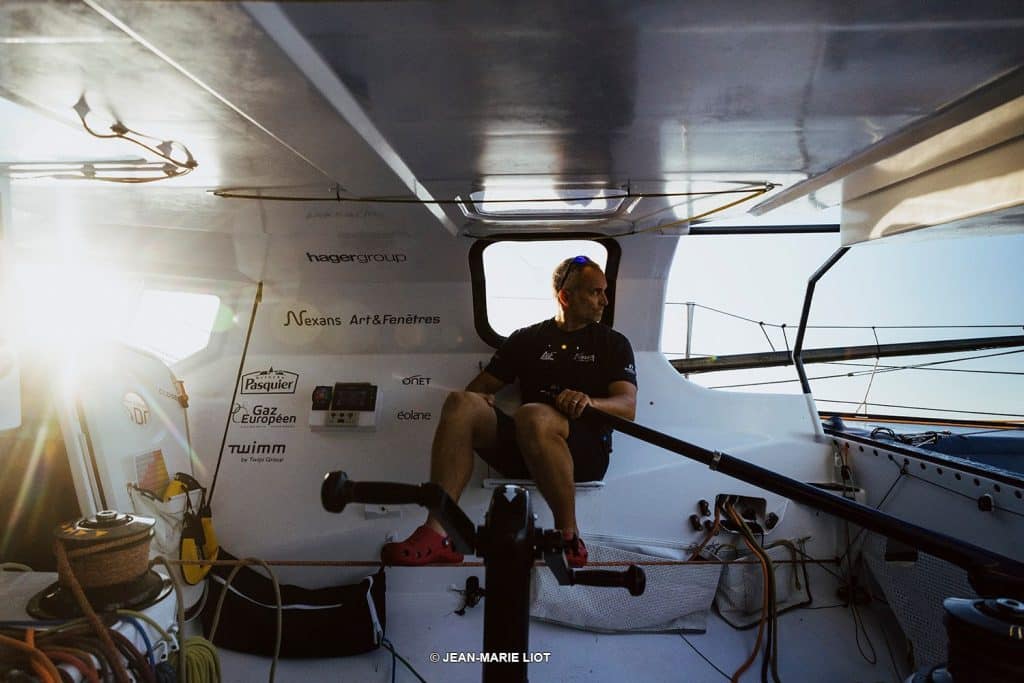 Fabrice Amedeo is presenting himself for the 4th time on this transatlantic. This year marks a turning point in his sporting goals with a boat recently equipped with large C-shaped foils that he was recently able to test during the Azimut Challenge. Beyond his ambitions as a competitor, participation in this mythical race will allow him to continue to collect valuable data on ocean pollution for the scientific community.

Fabrice Amedeo explains the interest of this project during an interview in Le Figaro (FR) last September.

For the scientists, we are a boat of opportunity: we are not a scientific boat but a racing boat which sails on roads little or not used by scientific boats and which therefore provides a lot of additional information on the state of our oceans.

As part of our Onet x Fabrice Amedeo partnership, Onet employees and their families are expected in the Route du Rhum village throughout the 12 days preceding the start, on Sunday 6 November. Many will be present on the pontoon to share their support and wish fair winds to our navigator committed to the preservation of the oceans.